Welcome to the best American Bar in Vienna:

We serve Champagne and the most amazing Cocktails.

We have selected the most extraordinary 42 Cocktails for your choice.

We invite you to select these Cocktails by your taste:

FREE APERITIVO from 4 to 6pm
We are proud to serve you the tasty
Truffle Salami and aged Comté cheese
from Pöhl am Naschmarkt!

Roberto immediately recognized his natural gift and enjoyment during his first job in a bar, working with people and welcoming them, and in fact giving them a good time. It wasn’t long before Roberto was offered a job at the Loos Bar, listed as a monument, and when he got there he had to start from the bottom washing glasses.

The good connection with guests allowed him to become a bartender soon and his love for his new vocation soon made him famous in the city. Learning how to prepare cocktails and the associated knowledge of the merchandise, cost Roberto Pavlović-Hariwijadi a lot of sweat, blood and tears in the beginning.

Years later when it became his daily business, the Loos Bar has also turned into an institution and was bursting at the seams. The years went by and this vocation was his life for a long time, when after 15 years of being a dishwasher, barkeeper, bar manager and finally co-owner of the Loos Bar, Roberto finally decided to open his first own bar with his wonderful wife Alexandra.

On the 23rd of January, 2014 the time had finally come and the ROBERTO AMERICAN BAR was born.

The bar was a huge success from the very first day and Roberto Pavlović-Hariwijadi had to face the challenges of self-employment first of all but also had the pleasure of learning new things every single day.

Not just the joy of having his own bar, but also the freedom to put together his own team and the responsibility associated with this, made Roberto a stronger person. His daily mission to lead and shape his team and pass on his personal values is surely THE major element of his success. He also never takes himself too seriously and manages to be part of the team in a playful way.

In March 2018 Roberto Pavlović-Hariwijadi and his wife Alexandra opened their second bar.

Alexandra is the strong woman at Roberto’s side and the genius behind the success of the ROBERTO AMERICAN BAR. She has completely planned, designed and created both bars.

The idea of a completely black bar with velvet seats and the booths that are so popular today, the many brass details and an oversized chandelier with over 88,000 freshwater pearls was not met with much enthusiasm by the people around the brilliant mind filled with a very specific vision.

Only Roberto believed right from the very start that Alexandra’s vision and talent could create a magical place with a very special atmosphere. As a result the two were a team with naturally assigned areas and innate talents right from the start.

Roberto is the host with heart and soul, and Alexandra turned the place into a spectacle. And it wasn’t to be just any old place…

Today this cosy dark bar has long been a legendary place for numerous parties, provides space for socializing of a private, business and political nature or is just a simple hideaway.

The chandelier has long been a statement piece of art and its twin, with black Swarovski crystals is in the second branch of the ROBERTO AMERICAN BAR.

But standing still is one of those states that Alexandra Pavlović-Hariwijadi can not endure for very long at all and all those little things that provide a decorative aspect and are part of a strong corporate identity are what she enjoys. Furthermore Alexandra organizes public relation events, photo shoots and the communication via social media. Alexandra is particularly proud of her first ROBERTO AMERICAN BAR BOOK, which also serves as the bar menu.

Her creative potential and inventiveness are far from exhausted!

“Great words which great deeds must follow,” according to Roberto, “because, we, the team, are the role models in the small universe of our bar. If my team and I do not set an example and show which values and attitudes we have, how can the guests get a sense of who we are and above all feel comfortable with us and ideally follow our spirit?”

That is why every member of the ROBERTO AMERICAN BAR is hand-picked by the master himself.

“For me, the most important thing is not the accurate mixing of a cocktail, or a good grasp of merchandising,” says Roberto.

Something completely different is the most important thing to him during a trial shift – the glimpse into the respective candidate’s heart. I have to feel if the person can share my values and if they are willing to be shaped. A certain degree of unspoiltness is a prerequisite, according to Pavlović-Hariwijadi.

Why are values held so highly and vehemently defended in the ROBERTO AMERICAN BAR?

According to Roberto, there is just one essential aspect that makes the sharpening of these values so indispensable.

Alcohol distributed in large quantities in a small area full of different characters in the depths of the night. A highly explosive cocktail, which often takes its toll. “It requires a team that never forgets what it stands for and that every guest who comes to us should feel safe and protected.” “There’s no room for bad energy here,” says Roberto.

What’s more, Roberto tries to sharpen his team’s senses to recognise the guests’ needs better. You can be the best barkeeper but the worst host if you don’t sense what a guest needs. And this is what Roberto lives by during his nightly rounds through his two bars night after night.

As the host to a nation, his standard is always the highest and he eternally strives to make his guests comfortable and happy. “You can only learn hospitality to a certain degree, the rest comes from the heart,” says Roberto Pavlović-Hariwijadi.

A good drink, perfectly prepared is half the way, what remains is ALL that makes an excellent bar. In this case, the heart of the ROBERTO AMERICAN BAR.

We are very honoured by the partnership with the viennese Kattus K&K Supplier to the Imperial Royal Court to provide you this special Sparkling Wine.

This specially dedicated barrel was bottled at the Maker’s Mark distillery in Kentucky, USA. 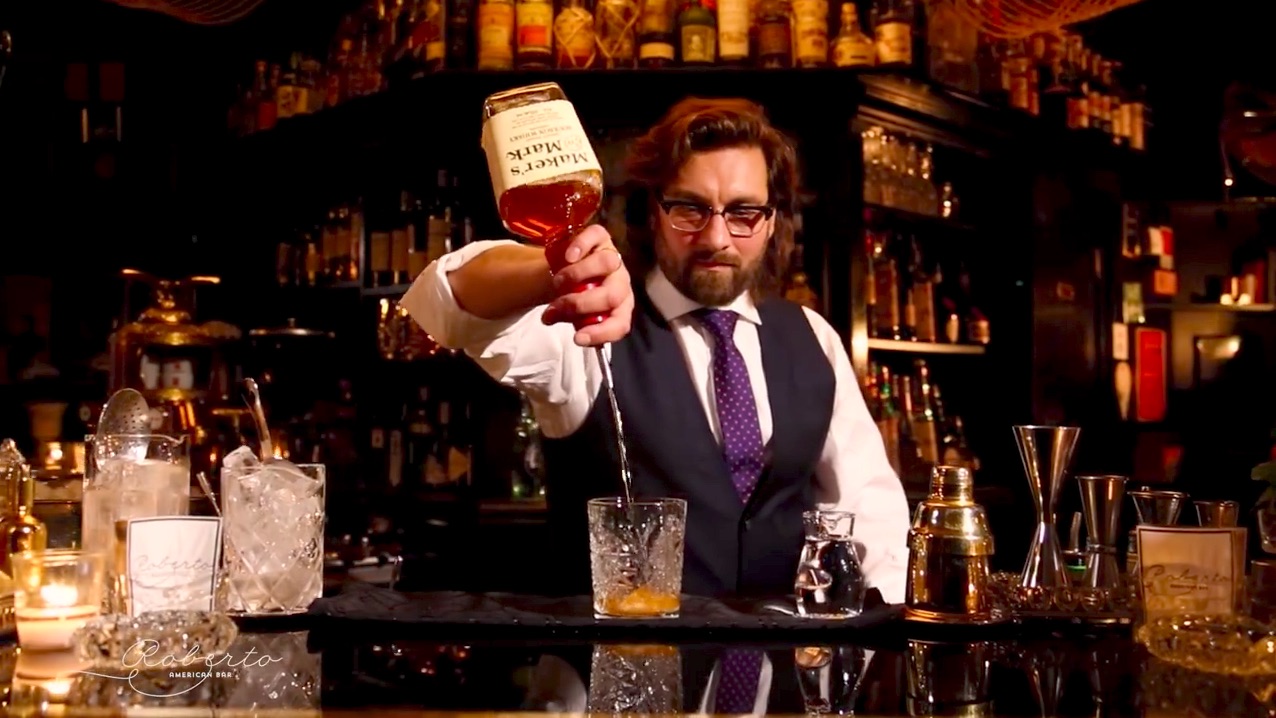 We are proud to participate in glamorous Events, create new Cocktails and get flattering Press.

The seven pillars of the ROBERTO AMERICAN BAR

Any cookies that may not be particularly necessary for the website to function and is used specifically to collect user personal data via analytics, ads, other embedded contents are termed as non-necessary cookies. It is mandatory to procure user consent prior to running these cookies on your website. 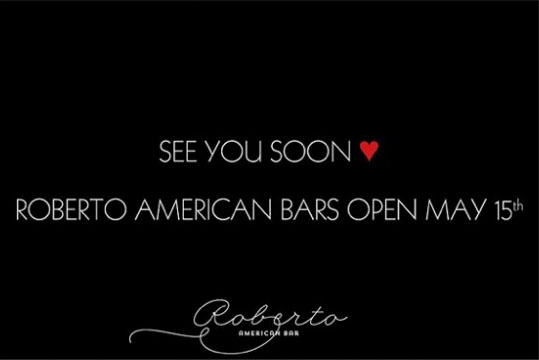